What do you mean, you "didn't notice" until now?

In Defense of Airlines

Posted on December 15 2014 in Markets & Industries

Certain industries, regardless of progress, get little respect and become easy targets for consumers and so-called “consumer advocates.”

This thought came to me recently while waiting to board a flight, that was slightly delayed due to weather. Upon the announcement, there was a group groan as people realized they wouldn’t be departing as anticipated. Then the conversations started to pop up with themes like “this happens all the time” and “they don’t care about their customers” – all from an announced 30 minute weather delay.

The airline industry in particular is an easy target for criticism. Just go to search.twitter.com and do a simple look up of any major airline. They conduct very public conservations with the flying public on a spectrum of topics…unreasonable requests and complaints to seemingly simple customer service failures. (Side note: being a social media manager at an airline has to be a very tough job). The airlines major objectives are to provide safe and on-time operations. In other words get you where you need to be, in one piece, as close to the scheduled time as possible. Working against them: weather, maintenance, and huge logistical constraints of sharing the airspace and runways around the world. When you think about it, it’s actually a really amazing operation the airlines of the world pull off every day (and they get little credit).

Social media and online channels are truly amazing and allow us to connect with brands and other individuals around the world. It also allows people to hide behind an avatar (or, picture of an egg) and take cheap shots at easy targets. Then, add in the “consumer advocates” who, in some cases (I’m not naming names) for their own personal gain, want to jump into these situations and stir things up and create link bait and offer no real resolution or even constructive criticism. I don’t see the advocacy in that.

To be clear, airlines aren’t perfect, and often times I’ve received or witnessed less than optimal customer services/experiences. But, I’ve also seen equally (or, more so) unpleasant customers treat workers poorly…so some of this may be a Chicken/Egg situation. But, to their credit the airline industry has completely redesigned the travel experience: from research and booking, check in, purchasing inflight wifi or entertainment, and a myriad of other tasks, all from your mobile device. Also, you can now print your own baggage tag at home in some cases before coming to the airport. I’m sure some people will see this as “pushing the cost to the customer” – and there may be some truth in that, but did you really like standing in line and waiting for the agent to help you anyway?

In the one of many “Top Airlines” list that are released throughout the year the winners are consistently the ultra-luxury international carriers, or the smaller domestic carriers such as Virgin America. I’ve flown VA and totally loved it. I wish they flew more places, frankly. These aren’t the airlines that most domestic U.S. travelers are likely flying. With a smaller scale, and launching relatively recently, they also have several advantage over the legacy carriers. But, unless you live and travel between these cities/routes they aren’t realistic options for all of your air travel. The “big boys” still have a big role to play. usa casino sites

Regarding loyalty programs, airlines have been getting a lot of criticism for moving to a dollar-amount threshold, which, when you think about it, makes more sense than number of flights or length of flights alone. It would be like a supermarket rewarding shoppers for number of trips to the store/or number of purchases, rather than the amount they spend. The move to spending based loyalty really makes sense when you look at the cost of some of these benefits such as upgrades, reward travel, etc. top online blackjack websites

Airlines, as with all industries, have a lot of work to do to make advances to keep up with the customer these days. Someone else will be happy to take care of your customer if you don’t. I think the airline industry understands this, and is making many a lot of improvements. But do consumers understand and are these improvements translating to a higher level of perceived overall experience? I think that probably depends on your level of involvement or frequency of travel/interaction. 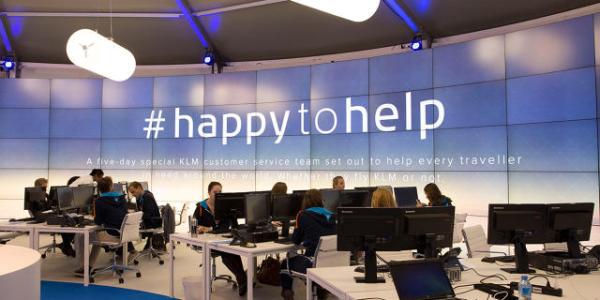