How to tell a story, according to Pixar 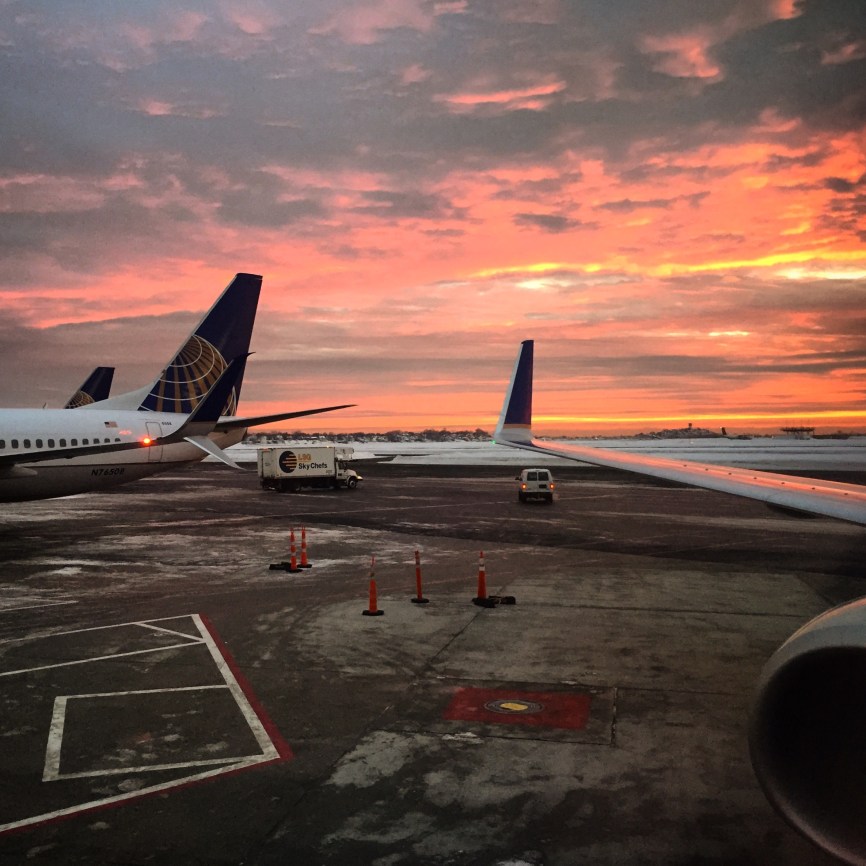 The alarm in my hotel pierced the pitch black. It was 3:38 am in Boston.

I showered, packed my bags, double checked the room and made my way down to check out. The front desk was unattended at such an early hour. I stepped out into the cold and grabbed a cab. The streets covered in giant snow drifts, made the drive to Logan airport unrecognizable. At the airport, I jumped out, still bleary eyed and sleepy, checked in and went through the security circus and grabbed a quick bite. Time to board.

Hundred of other people had very similar mornings…on their way to somewhere: other business travelers, people heading to see family, and on vacation. We boarded with the usual enthusiasm you see from people in the dentist’s waiting room. Departure time came and went. And, then went some more. The Captain got on the mic and made an announcement – there was a “computer system” issue that was preventing him from uploading his flight plan. And he was explicit, this was a systemwide issue and no flights were going to be leaving on-time.

You know the reaction. Groans and grumbles. Then gripes and grousing. People had connections, and other reasons to have gotten up at such an early hour! The Captain committed to giving updates every 15 minutes, regardless of what the news was. Which he did. The first update was “we should be leaving soon, I’m told” then he elaborated that even he thought that “leaving soon” was a slippery term. I appreciated the honesty and acknowledgement that an update like that provided little comfort. And, it was even a little funny.

Some time had passed…the natives were getting restless – demanding updates and water as if all of the sudden the plane had turned into Guantanamo Bay. The Captain made another announcement: “we’re here to help, if you have questions or concerns send them forward. We’ll do whatever we can for you.” usa casino sites

Wait, what? I had never heard this before from anyone, at any airline. Usually “when we know something, you’ll know something” was the standard play. A few people straggled toward the front of the plane…a question about a connection, concern about making it to their destination at all, etc. The crew handled each and everyone. vip stakes casino

The next update was more personal…the Captain stepped into the front of the cabin and said frankly: “I’m worried about your connections, I don’t like what I’m hearing about our chances to leave soon.” He advised us to “get on the app or call the number and find out what your options are – I don’t want you to miss any connections or not get where you’re going today” he said.

I was blown away, he was apologetic and very much focused on the passengers and the reason we were all on the plane that day. You could tell, he wasn’t confused about why he and the crew were there – and his leadership and clarity obviously rubbed off on the entire flight crew. They were extremely helpful and patient, with everyone.

The crew’s ownership and handling of the situation definitely mitigated the circumstances. Providing updates, being accessible, honest, and sincere really went a long way. The situation was well out of their control…we were just one plane, stuck at the gate, out of hundreds probably. They took as much responsibility as they could (way more than you would expect) and were extremely transparent with everyone. In the end, we were delayed roughly an hour and a half – but everyone got on their way and the crew set a great example and responded brilliantly. Which made the early morning, delays not withstanding, go pretty smoothly.

I guess the point here is the situation wasn’t looking good…the morning and everyone’s schedule were “going sideways.” That is going to happen from time to time. There are so many things outside of our control, and these things are going to happen – they just are. The way we react to these things is what defines us. In this case, United Airlines and the leadership of the Captain and crew on flight 1198 from Boston to Chicago was amazing. tombola virtual para bingo

If an airline can do this and handle a situation with grace and humility, then cant we all?